This booklet comprises of the presentations and papers that were presented and discussed during the seminar that was held in Beirut in October 2015, titled “Regional Seminar on ChildMarriage during democratic transition and armed conflicts”, and which was presented by experts from Egypt, Lebanon, Tunis, Yemen and Palestine on Child Marriage and its cultural and health consequences. 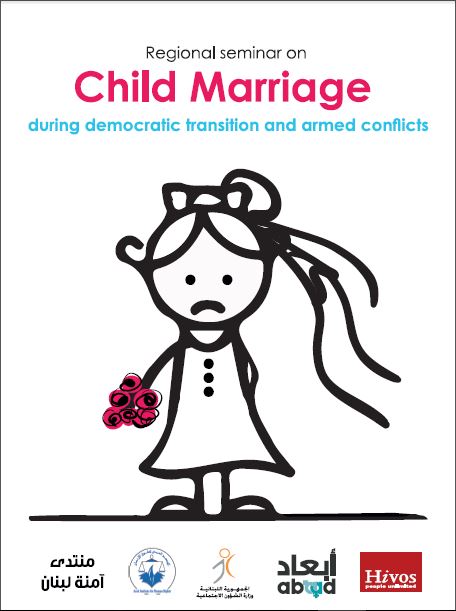