“Norms and Reform” aimed to scope out associations between economic, social (including shifts in gender roles and family dynamics), as well as public health factors and GBV practices among Syrian refugees based in Lebanon, while including a comparative aspect on the situation in Syria, Jordan, and the Kurdistan Region of Iraq (KRI).
This mixed method research study collected data from 428 Syrian refugee women, girls, men, and boys residing in Lebanon, as well as from 23 GBV front-liners and stakeholders from different agencies working in Lebanon, Syria, Jordan, and KRI. 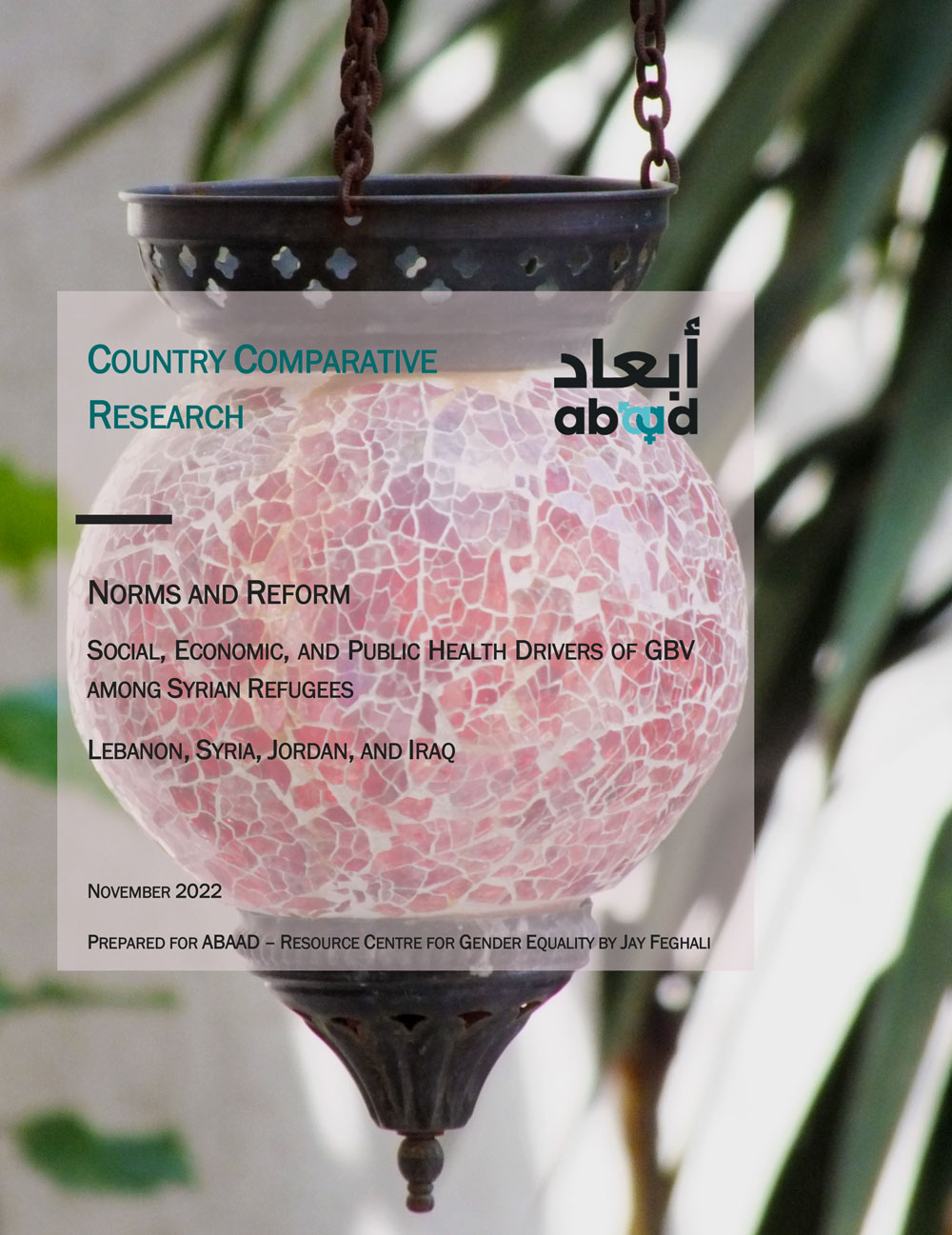