ABAAD Official Sponsor of the “Stars Academy for Sports”

Stars Academy for Sports (SAS) is a leading football academy and team in Lebanon. Established in 2011, SAS provides football players with advanced training and the chance to participate in national and international tournaments. In addition, SAS aims to develop the characteristics of teamwork and equality all members through sports. 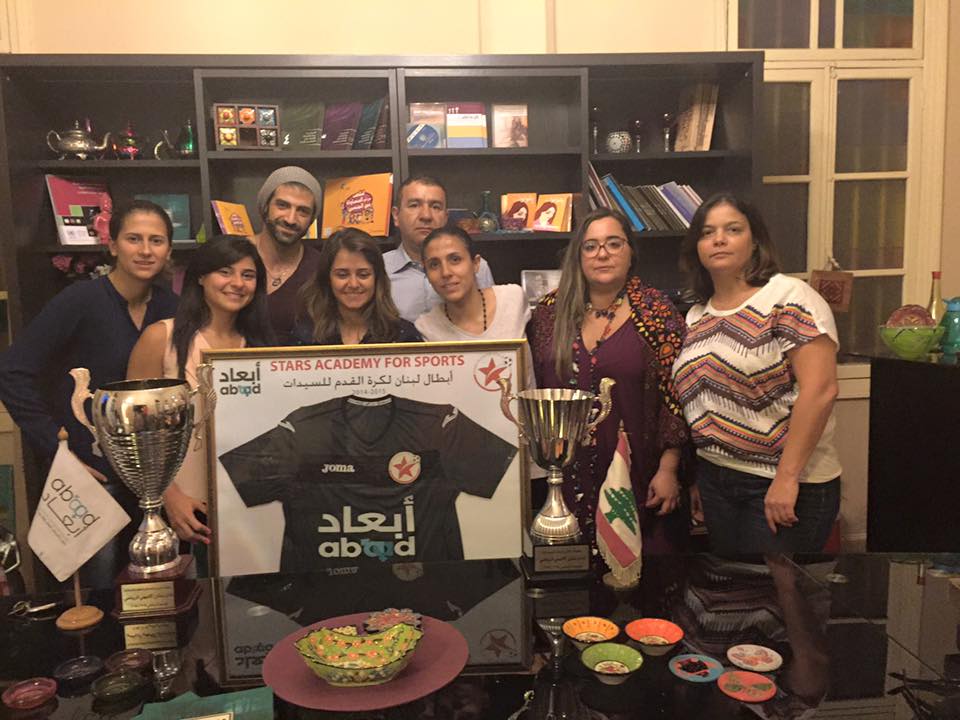 SAS is dedicated to providing excellence in the development of talented football players through coaching and developing skills, learning about the game and team spirit, and being part of the action and sports events. Equally importantly, SAS promotes staying fit and active, socialising, developing social and communication skills, maintaining positive and friendly attitudes, “daring to dream,” and the belief in achievement.

In 2015, SAS had several accomplishments: in addition to participating in four national leagues, given SAS’s strong commitment to and belief in giving back to their society, they conducted and were part of several community and charity-based projects.

During 2015, ABAAD became the official sponsor of the SAS Women’s Senior Football Team (which comprises of 23 female players between the ages of 16 to 30). We also had the pleasure of supporting the team and attending the very dynamic and exciting games, up until the final game of the Lebanese National League, where the SAS Women’s Senior Football Team won the 2015 Championship and Cup!